The Most Interesting SEO Trends in 2022 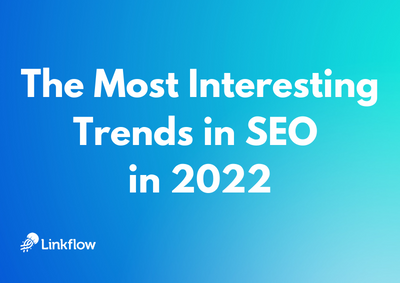 SEO in 2022 was not for the faint of heart. We witnessed multiple algorithm updates, core updates, and the introduction of a chatbot that has the potential (?) to bring Google to its knees.

Here are some of the most interesting observations our team made in 2022:

More searches than ever have been appended with “Reddit”

With a rise in what the author describes in “SEO chum”, more searchers than ever are appending their searches with the “Reddit” to get unbiased endorsements from real people hanging out in the popular discussion forum site.

In March, many websites lost rankings for important keywords as a result of the product reviews update. This update was meant to ensure that reviews appearing for certain products were coming from legitimate people who had actually tested the product, not writers simply regurgitating information they found on the web for clicks.

The rankings loss doesn’t necessarily mean affected sites were doing anything wrong–it means that Google’s understanding of the search intent had changed. For many queries, Google now understands that users want objective reviews from people who have expertise in that particular niche.

Previously, you could spin up an article comparing the different features of a product without actually having used it yourself. Now, Google is looking for evidence that you’ve tested the products, which leads us to E-A-T.

E-A-T is more important than ever

No, E-A-T is still not a direct ranking factor–there is no “E-A-T score” that Google uses to rank sites. But there are other things that tie into E-A-T that can impact rankings.

With a rise in AI-generated content, searchers will need more signals to determine whether the provider of the info can be trusted.

Demonstrating subject matter expertise both on-page and off is critical, and while including author bios isn’t a panacea, it certainly helps. 🙂

Check out our blog post on E-A-T for SaaS brands here.

There was great anticipation (and anxiety?) around the Helpful Content Update, which Google presented as their attempt to combat “SEO content” that muddies up the search results.

The rollout began in August and took two weeks. Upon its completion, we didn’t see the devastation many SEOs predicted. However, Google has said that elements of this update may be incorporated into their core algorithm, perhaps to keep us on our toes.

Content production is easier to scale and as a result, Google will need to double down on E-A-T signals to promote human experts. While some site owners still manage to fly under the radar with robot-written pages, it will be interesting to see how/if the algorithm evolves to identify AI-content.

OpenAI presents a challenge for Google

OpenAI’s chatbot was released this year which early users claim will change the way we search.

Many users flooded Twitter with feedback on how accurate and detailed its responses to complex queries can be.

Instead of having to labor through results and choose one that makes sense, the advent of AI tools will make it much more efficient for searchers to get the information they’re looking for.

Whether OpenAI will compete with Google remains to be seen, but it’s sure to keep making waves as the technology continues to improve.

Michelle is a proud Orange County, California native with many years of experience helping clients improve their organic search performance. She has supported companies spanning a wide range of industries, including tech startups, e-commerce sites, and major SaaS brands. When she’s not writing about SEO or chatting with clients, she enjoys traveling, visiting local breweries, and staying active with her two dogs.

Michelle is a proud Orange County, California native with many years of experience helping clients improve their organic search performance. She has supported companies spanning a wide range of industries, including tech startups, e-commerce sites, and major SaaS brands. When she’s not writing about SEO or chatting with clients, she enjoys traveling, visiting local breweries, and staying active with her two dogs.